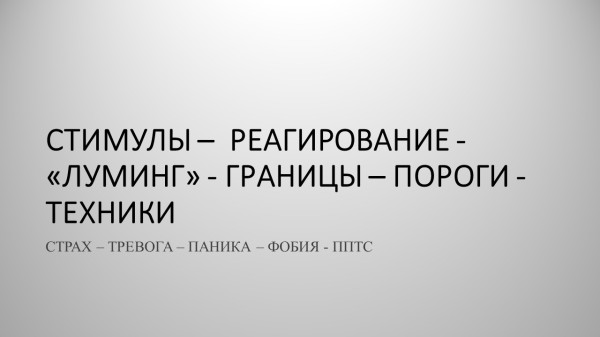 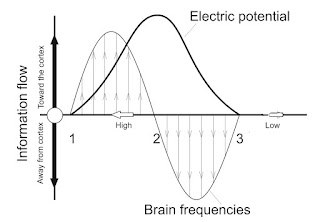 https://metapractice.livejournal.com/558193.htmlhttp://evadeli.blogspot.com/2017/01/emotions-energy-states-of-brain.htmlEmotions, the energy states of the brain

Figure explanation: The brain’s changing energy balance due to stimulus over time (between 1, 2 and 3). The brain frequencies change from high, on the left (#1), to low, toward the right (#3) and determine the direction of information flow in the brain (shown by thin line). The potential difference between the cortex and the limbic brain is indicated by thick line. The brain is energy neutral before stimulus (#1) and after a response (#3), but stimulus induces a potential difference between the cortex and the limbic brain (indicated by 2). Cortical activation extinguishes the energy of the stimulus (#2), but it generates a potential difference, which initiates a flow reversal that recovers the energy neutral state (#3).
The great predictive power of Newton's Principia made it the accepted description of gravity for over three centuries. However, Einstein's general relativity uncovered a deeper origin of gravity, the geometry of the spatial field, an invisible entity that only can be measured indirectly, by its effects. Consciousness evolved in interaction with the material world, which engendered a brain organization and operation that mirrors the physical world. Although consciousness shows a temporal organization, emotional interactions occur via field effects. This temporal field, which underlies mental-social interaction, has definite energy-information value at every moment of time. Thus, the mind is a self-regulating system, operating according to its energy states and imbalances (commonly known as emotions), which guides attention, memory and behavior. Because the temporal field is analogue to the field of gravity, it regulates the mental state via its entropy. Changes in this field leads to powerful emotional reactions, such as shame, pride, joy and others. This way, emotions underlie all cognitive processes, including perception, memory, thoughts and behavior. We do not have to be conscious of emotions to be regulated and influenced by them. Evidence for this temporal field in the brain's operation has been measured recently Peters and colleagues (2016).
Sensory perception is automatic, involuntary process. We cannot ‘decide’ not to process sensory stimulus or read the road signs, because stimulus impinges on the mind by shifting the brain’s energy balance. Moreover, sensory perception is an energy requiring and active process, in which the brain ‘pays’ for sensory stimuli through the energy requirement of high brain frequencies. Thus, sensory processing is an energy-information exchange with the environment. The limbic system channels incoming stimuli (information), as fast oscillations, to the sensory cortex, where electric currents accentuate or subdue each other through field effects. The brain’s highly fluid neural organization allows fast balancing of electromagnetic gradients based on charge conservation. From the sensory cortical surface the oscillations propagate toward the frontal associative regions. As the energy requirement of neuronal activation gradually extinguishes the information flow, it gives rise to an electric potential difference between the limbic and cortical areas, which reverses the flow via slow oscillations (Figure above, #2). The information flow reversal from the frontal toward occipital direction, and back toward the limbic region recovers the energy neutral state. The sensory transmission toward the sensory cortex by fast oscillations and response by slow oscillations was confirmed by Buzsaki (2013), indicating the polarity effects of the brain's electromagnetic flows. My sincere hope is that within five years computer simulations based on EEG, fMRI and other techniques will be able to pinpoint the tendency for unhealthy emotional states (i.e., the brain's energy balance) in patients and predict proneness for depression, PTSD (post traumatic stress disorder), anxiety and other conditions. You can find more detailed information in my book, The science of consciousness, or manuscript, Consciousness, a Cosmic Phenomenon.
</>